Posted on September 26, 2022 by edificionado 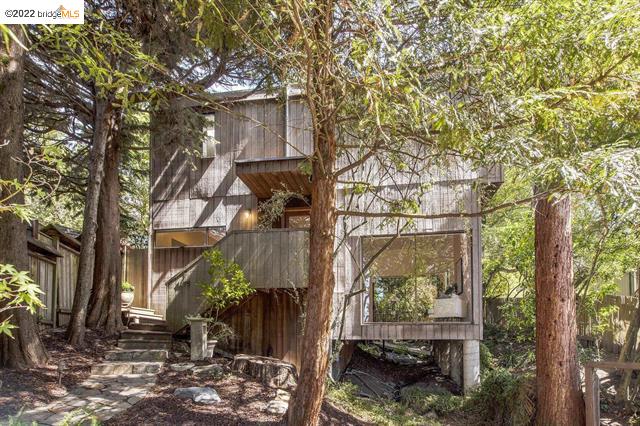 Today we feature a compelling Third Bay Region home designed by Jack Damonte. Damonte began working with Gerald McCue shortly after graduating from Berkeley in 1965. He would remain with McCue through a number of iterations of his venerable firm, eventually becoming a partner. During that time, he did not design a lot of single family residences but we are fortunate to have a couple of his homes in Berkeley where he still lives. This particular example is characteristic of his thoughtful work with its carefully conceived spaces and understated detailing.

Posted on September 20, 2022 by edificionado 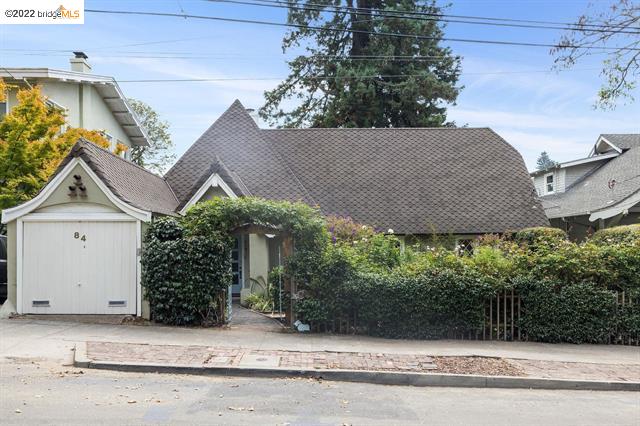 Our featured home today is a picturesque French Eclectic designed by Walter Ratcliff. Ratcliff designed in a variety of styles from First Bay Region through period revival often mixing and matching details to suit his desires on a particular project. The result was often the playful juxtaposition of unexpected influences in a single home. Here we can see that tendency in the variety of different roof types. There are hip roofs, clipped gables, as well as dormers in all shapes in sizes.

Posted on September 12, 2022 by edificionado

Today we feature a beautifully restored Dutch colonial shingle style designed by Julia Morgan. The home was commissioned for UC professor of zoology Charles Kofoid and his wife Carrie in 1905. Morgan did not use the gambrel roof in her designs very frequently but here she incorporates it with great aplomb to create some particularly charming spaces in the eaves. The home is further elevated by the custom woodwork built by Charles’ father which has been carefully preserved over all these years and remains a testament to his very personal contribution to the family home.

Posted on September 7, 2022 by edificionado

This charming mid-century home appears to be a variation on Tom Lowe’s familiar downslope residence. Lowe was an extremely prolific design-builder who built versions of the same home for several decades. He was responsible for a number of extremely creative fully custom residences as well but his trademark downslope homes have really come to characterize the residential built environment of the East Bay hills

There is no mention of it in the listing but this intriguing Piedmont Pines mid-century is the work of one of our favorite local design-builders, Marv Gunderson. Gunderson was responsible for a number of homes along Morley, each carefully designed to take advantage of difficult lots. This particular example stacks several layers of intertwined spaces on a steep downslope lot with private outdoor spaces on each level. It is a considered solution from a practitioner known for his creativity and attention to detail.

Mosswood Road is best known today as the location of a number of impressive residences designed by Julia Morgan’s associate Walter Steilberg, but before Steilberg made his mark on the brief thoroughfare there were already several lovely homes there. This exceptional shingle style is one of them. Its interiors manage to be at once rustic and extremely refined with nearly every surface clad in wood. It is a beautiful example of First Bay Region architecture at its very best, effortlessly transforming unembellished raw materials into distinguished spaces that feel intimately connected with the surrounding terrain.

Posted on August 9, 2022 by edificionado 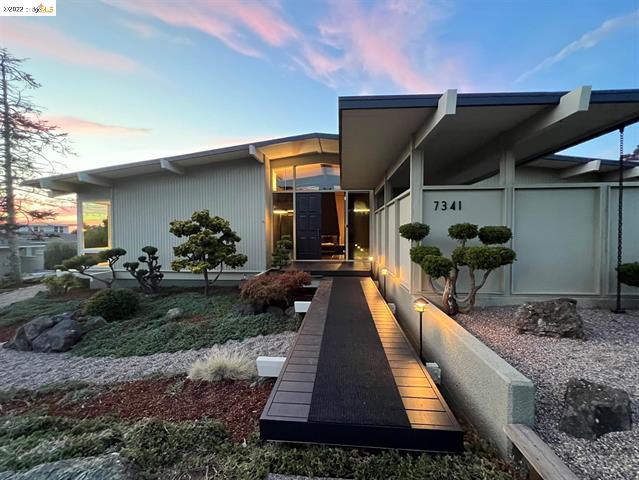 Ted Moist studied physics in college but after working as a Liberty Ship designer in the Kaiser Shipyards during the war he decided to pursue a career in architecture during peacetime. He would go on to work briefly with classmate Don Hardison before opening his own practice in Oakland. Moist designed a number of residences around the East Bay but this home he designed for himself in El Cerrito is perhaps the most compelling. With carefully curated outdoor spaces and public rooms that seem to radiate out from the central hearth there is much to admire here.

Our featured home today is another beautiful post and beam mid-century by Harry Nakahara. Nakahara’s designs have an understated elegance and simplicity that is missing in the more rustic work of some of his contemporaries. This home is no exception with his trademark spare detailing and carefully crafted spaces on display around every corner. 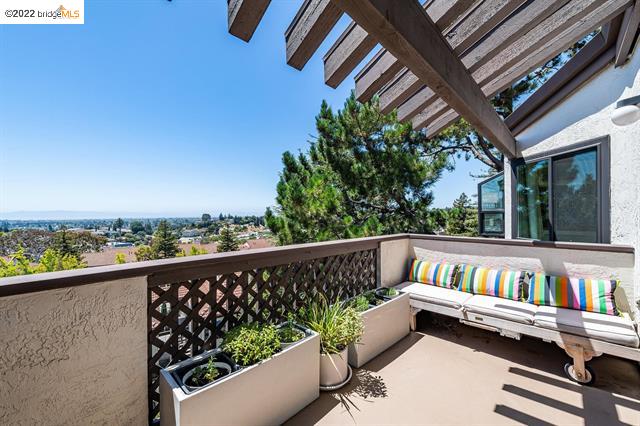 Edificionado is pleased to represent the sellers of this tastefully upgraded top floor condominium in the Mesa Verde complex in Hayward. Mesa Verde was built by local Hayward developer Ken Earp over more than a decade from the late 70s through the early 90s in a style that is probably best described as a hybrid of late Third Bay Region and Mediterranean. It occupies a prominent location at the junction of 238 and 580 with views across the bay, miles of walking trails, and multiple pools and recreation facilities. Despite his familiarity with local tastes, Earp himself was not a native Californian. He moved to the Bay Area from Tennessee when he was in the Air Force and quickly made a name for himself in Hayward where he settled. He would return to Tennessee after 40 years to retire where he grew up, but while he was here he made a significant and lasting impact on the shape of the central East Bay.

This picturesque Spanish colonial revival is attributed to San Francisco architect Clarence Tantau. Tantau was the rare period revival designer that worked almost exclusively in the Spanish style. One might surmise that this would lead to a great deal of repetition in his work but on the contrary it made his designs some of the most creative ventures of the era. His easy familiarity with the various tropes allowed him stretch them to his needs while still remaining true to the underlying idiom.