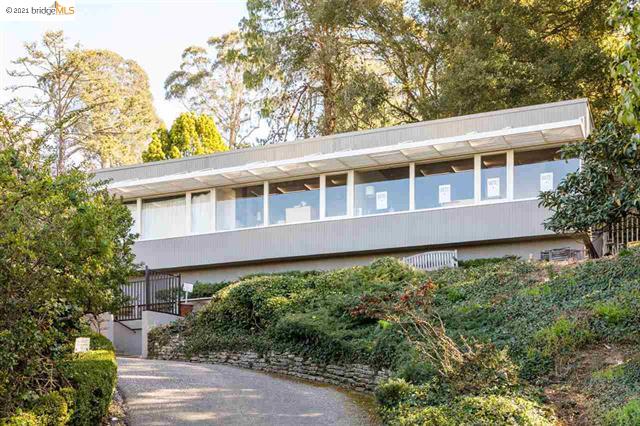 Edificionado is pleased to have represented the buyers of the Torres-Rioseco house. There was no indication in the listing, but the home was originally designed for Poet and Berkeley professor of Latin American Languages, Arturo Torres-Rioseco and his wife Rosalie by influential local architect John Funk. Funk was a bit of a design celebrity at the time. One of the first homes that he designed after opening his own practice in 1938 was featured at the Museum of Modern Art in New York among works by Neutra, Wright, Gropius, Le Corbusier, Aalto, and Saarinen. Funk’s influence on our local Bay Region modernism is difficult to overstate. He was one of only a handful of Bay Area architects who were embracing modernist ideals before World War II and as a result his influence on the generation of architects that came out of Berkeley after the war was immense.

The Torres-Rioseco house is in many ways very typical of Funk’s best work with its simple plan and boxy visage. Also prominent are the trademark sunscreens that Funk managed to incorporate into many of his designs for both functional and aesthetic purposes.

Edificionado is an Oakland-based real estate brokerage specializing in architecturally and historically significant homes. BRE 01883790
View all posts by edificionado →
This entry was posted in Architect-Designed, John Funk, Mid-Century. Bookmark the permalink.