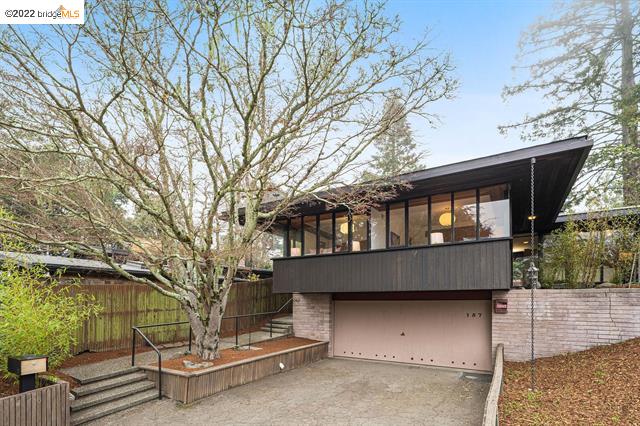 This impressive Berkeley Hills mid-century is the first home that Gerald McCue designed for himself in the East Bay. He was only 27 when the home was built, but he was already an established architectural presence in the Bay Area with his own firm in San Francisco. He had also just begun his tenure as a lecturer at UC Berkeley the year prior, returning to teach at his alma mater only two years after finishing his master’s degree there.

The home displays a number of features that would become trademarks of McCue’s residential work including glazed gables and substantial wooden soffits. It appears to have survived largely intact and is a great testament to the precocious talent of a local architect whose outsized influence would ultimately serve to spread the ideas of Bay Region design to the East Coast and beyond.

Edificionado is an Oakland-based real estate brokerage specializing in architecturally and historically significant homes. BRE 01883790
View all posts by edificionado →
This entry was posted in Architect-Designed, Gerald McCue, Mid-Century. Bookmark the permalink.